See me before my disability! 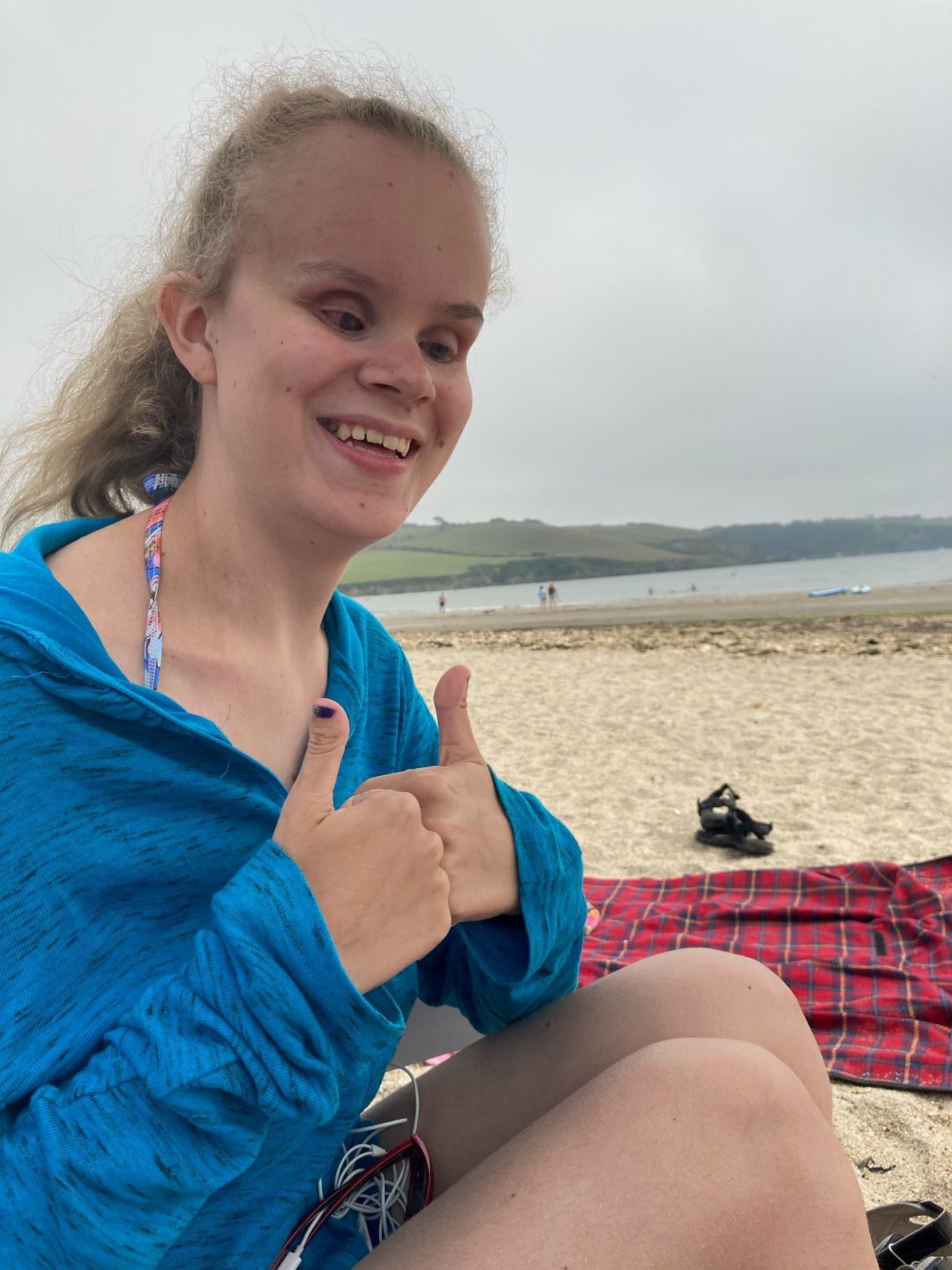 Martha Page is studying her A-levels at New College Worcester and is challenging common misconceptions of being a teenager living with a vision impairment.

Martha was diagnosed with retinol blastoma as a baby, and at 15 her remaining sight deteriorated to just light perception.  Shortly after this change in her vision, Martha began to experience ableism, a form of social prejudice and discrimination against people with disabilities, in favour of people without a disability.

Martha explains: “There are two extremes with the ableism. The first is when people do not acknowledge your existence. The other is the public wanting an explanation about my vision impairment.”

In first conversations with people Martha has been asked some highly sensitive and personal questions. These range from how she lost her vision, how she can live in cities, how does she eat, how she applies make-up – to even how she manages her periods. Martha is keen to challenge common misconceptions about being blind but does sometimes feel that these questions are intrusive. She said: “Having to explain and almost justify who I am, has made me really uncomfortable.”

Martha feels that the wider public does not understand vision impairment: “People think you can see everything or nothing at all.”

She has been ignored in shops and restaurants with people talking to family members and friends instead of talking directly to her. She found this upsetting and impacted her confidence as a teenager.

Martha began to feel low about her vision impairment and how people were treating her.

“You’re not blind enough!” is a phrase which has been directed at Martha.

Some of the most frightening experiences Martha has had are when she has been touched by strangers without her consent.  She said: “Having eyes that don’t work shouldn’t mean I don’t have the right to privacy, personal space and respect.”

What needs to change

Martha thinks more money needs to be invested into awareness training and mental health support for people who are bind and partially sighted.  Martha acknowledged she did not feel okay about her vision impairment and wants other people to know: “It’s ok to ask for support and help.”

She said: “People do not realise how shaken up you can be after a diagnosis of vision impairment, and the support needed for your mental health.”

Martha has found musical theatre a boost to her mental health, and during the various lockdowns, has resorted to watching musicals online instead of attending the theatre – one her of great passions!

At college Martha was actively engaged in school plays, singing and drama, and recognises the therapeutic benefits of the arts, as well as showcasing her talents, and challenging perceptions in the community.

As part of the recovery process, Martha has applied for a guide dog and has successfully passed her assessment.  She is applying to university to study the competitive course of Creative Writing. Even though she feels it will be a challenge with people seeing her disability first, she is more than ready to take on the challenge and not be defined by her vision impairment.

If you require support after reading Martha’s experiences, contact cypf@pocklington-trust.org.uk.

For information on common eye conditions watch our video: What do we see.

For mental health and mindfulness support for children and young people RSBC has a range of information available.  For adults contact RNIB