During Trustees Week we caught up with former Paralympic skier, social worker and leader of disabled charities, Mike Brace, to hear about his life, work and trusteeships across multiple organisations, sectors and decades. 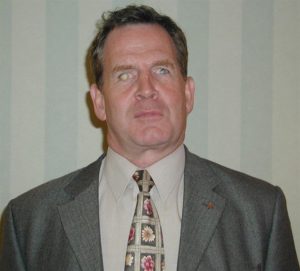 On 2 Nov 1960, aged ten, Mike Brace picked up a firework concealed in a bottle which exploded in his face.

In the following sixty years since losing his sight he represented Britain at cross-country skiing in six Winter Paralympics, three World Championships and two European Championships. He was instrumental in founding Metro Blind Sport, British Blind Sport, the British Ski Club for the Disabled, the Judo Foundation, Vision 2020 UK and was part of the bid team and organising committee of London 2012 Olympics and Paralympics.

Mike served as Chairman of the British Paralympic Association and was awarded an OBE in 2005 and a CBE in 2009 for Services to Disabled Sport. He was appointed as a Deputy Lieutenant of London in 2016.

He has written two books and is an active after dinner speaker through which he has raised more than £750,000 for various charities.