A pilot study, funded by the Macular Society, has tested the effectiveness of using trans-cranial direction current stimulation (a non-invasive treatment) to the visual parts of the brain to reduce over-activity. Positive improvements were reported by four out of six participants.

The result of a research project at Newcastle University, funded by Fight for Sight, Thomas Pocklington Trust and National Eye Research Centre (on behalf of Esme’s Umbrella) will be published. This investigated how the activity levels of the visual part of the brain are different in people with eye disease who experience CBS compared to people with eye disease who do not develop the condition. 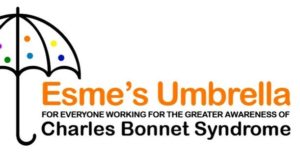