Take the leap: challenges can make you stronger

Despite experiencing many difficulties throughout her degree and subsequent masters, Samara Hussain urges others to take that leap and follow the path that is right for them – even if things are tough.  Here she shares her story of some of the barriers she has faced and her hopes for the future.

Samara, 27, has Leibel congenital ptosis and has been blind since birth. She graduated in 2019 from Keele University with a BA in Criminology but, due to lack of support during her subsequent master’s, has not continued.

Getting started in Further Education

Right from the start Samara experienced difficulties accessing Further Education due to what she thinks is a complicated and inaccessible application process. She said:

“The inaccessibility, particularly with UCAS, made it impossible to complete without sighted assistance. It was disabling my independence…I just wanted to be equal to everyone else.”

She reflects that without the support of her college, she wouldn’t have been able to start university: “I was one of the lucky ones. I could find sighted assistance, but it was embarrassing for me to ask college tutors for help because I wanted to do it myself. I will always be thankful to them. If it wasn’t for them, I wouldn’t have even been able to attend university…the support was phenomenal” 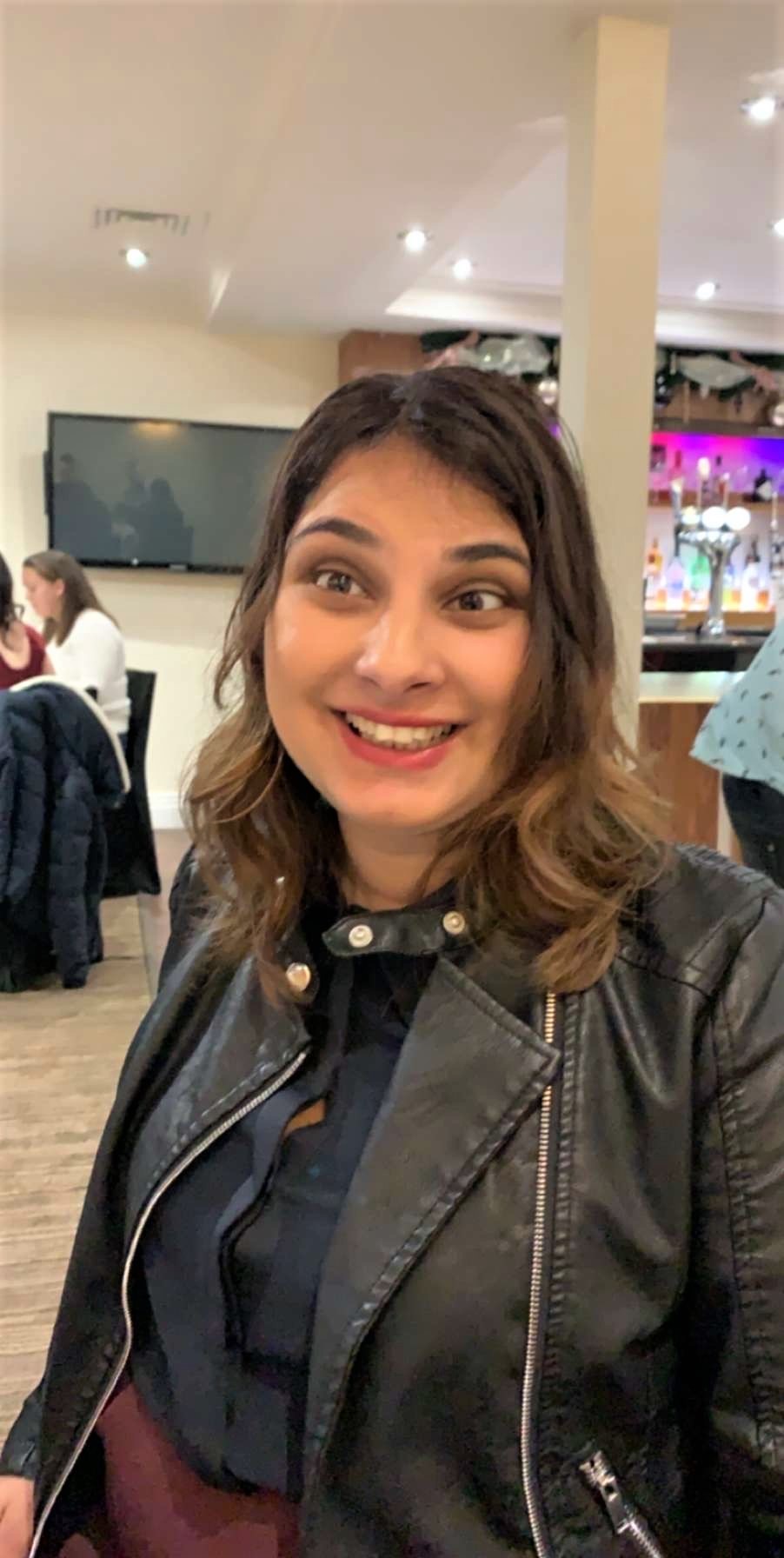 Samara hadn’t had any independent living training before university.  She felt she lacked the skills she needed, such as cooking. “I wasn’t independent at all, so it was really hard to adapt to university environments – I had to really push myself to become independent.”

To overcome this barrier Samara attended a foundation year at university designed for visually impaired students. It included mobility, safety when cooking and other independent living skills. The course is no longer available.

Samara initially found it challenging to build relationships with flatmates and felt excluded from plans. However, she persevered and has made some lasting friendships.  She explains: “At the start it was a bit daunting. I thought no-one wanted to talk to me, but I soon got into it and got used to meeting new people.

“They didn’t know how to approach me or what to say because they had never met anyone with a visual impairment. My advice is to go to the icebreaker events, even if you go on your own. Get a buddy if you are struggling speak to staff to help you participate and build confidence. Just keep trying, you have to take that first step.”

During her undergraduate degree Samara couldn’t fault her support but found during her masters that support to find accessible texts and convert learning materials was no longer available. “I kept going around in circles, but it wasn’t working so I felt I had to leave. I simply couldn’t do it without that support.

“It’s a real shame. The university had been brilliant throughout my undergraduate degree. Disability Services and tutors fought to get me the support I needed but it wasn’t the same for the masters. Funding is a huge issue.

“We have to fight so much. I’m able to stand up for myself and if people ignore me I keep shouting louder until I am heard but others don’t have the confidence to do that. It adds so much more stress and is exhausting to continuously fight for these needs.”

Samara also felt the equipment supplied through her Disabled Students’ Allowance (DSA) wasn’t right for her. The laptop wasn’t able to perform sufficiently while running her screen reading software, causing it to crash frequently. This had a huge impact, especially during her exams. Her experience with Apple MacBooks has been much better and she strongly believes these should be available through DSA.

She explains: “They pay so much for a laptop then an extra £1000 for screen-reader software and it doesn’t even work.  You can get a MacBook for £800 with it all built in, so it is reliable.”

During university, Samara decided to take control of her finances independently. This was a difficult step as it involved taking on debt. She was able to live on her student loan, DSA Employment Support Allowance and later her Personal Independence Payments, but her budget was incredibly tight.

She explains: “Budgeting was really difficult. There were days when I just wasn’t eating properly… but it has taught me not to be stupid with my money. It was a huge lesson. Now I do what I want with my money but if I need to budget, I know I can do it.”

Samara encourages others to take that leap and follow the path that is right for them, even if things are tough. She added:

“I have faced a lot of challenges but – when you think about it – there is always a positive to take from it and it means you never take things for granted.”

Samara lives independently in Stoke-on-Trent. She currently volunteers with children and young people and is pursuing a career with Staffordshire Police. She would like to work within criminal prosecution or the Parole Board.