There are many different reasons for sight loss but the most common eye conditions in the UK today are Cataracts, Diabetic Retinopathy, Retinitis Pigmentosa, Hemianopia, Age-related Macular Degeneration and Glaucoma.  Levels of visual impairment vary from person to person, can deteriorate over time and in some cases can even fluctuate throughout the day. If you’re concerned about your eye health, book an appointment with your local optometrist (optician), GP or eye clinic.

What do we see? How the world looks to blind and partially sighted people

The video below simulates how the world looks through the eyes of people who have the six most common conditions listed above. A transcript for this video can be downloaded here.

Low vision is an impairment of visual function that causes restriction in everyday life, but cannot be corrected by conventional spectacles, contact lenses or medical intervention.  People with  low vision will experience difficulty reading, problems differentiating  colours and difficulty seeing far-off objects such as street signs. This can be caused by a variety of factors – it mainly affects older people, though is not a natural symptom of ageing. Eye diseases are also a main contributing cause, such as glaucoma, diabetic retinopathy and macular degeneration.

Retinitis Pigmentosa (RP) is the name given to a group of inherited eye conditions called retinal dystrophies.  These conditions cause a slow loss of vision, beginning with night vision and peripheral (side) vision and eventually affecting central, colour and reading vision.

The first symptom someone may notice is not seeing as well as others in dim light, at dusk or at night. This is often called “night blindness”. They may also start having problems seeing things in their peripheral or side vision causing them to trip over or bump into things. As RP progresses it leaves a central narrow field of vision. This is often referred to as “tunnel vision”.

There is currently no cure for RP, however there is a huge amount of work being done on developing treatment options in the area of genetic retinal conditions, and researchers are reporting promising progress. 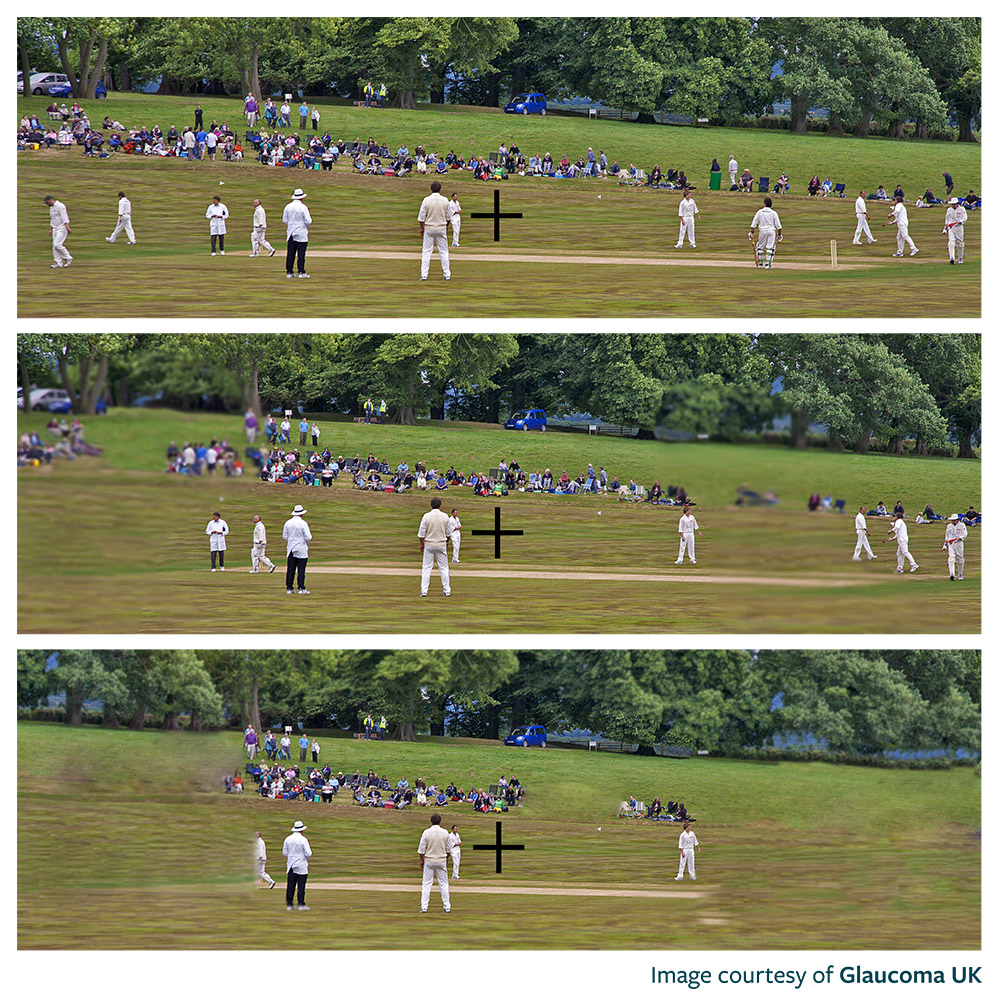 Glaucoma is the name given to a group of eye conditions that cause sight loss by damaging your optic nerve. Sight loss caused by glaucoma is permanent but there are methods of prevention.

The eye needs a certain amount of pressure to keep the eyeball healthy and in the right shape. But if the pressure is too high, it can cause the optic nerve to become damaged at the point where it leaves the eye.

Glaucoma affects the side vision first and, if untreated, can result in a narrowing of the visual field or blind spots forming on the outer edges of sight. It produces misty or blurry patches in the vision, or missing details such as objects and people around the periphery. This is because your brain fills in content based on what it can see around the field defects.

Vision lost due to glaucoma cannot be restored. But, once diagnosed, it is possible for further deterioration to be prevented. Most commonly this is through the long-term use of eye drops and less commonly through laser treatment and surgery.

The image shown here, simulating the loss of vision due to Glaucoma, is courtesy of Glaucoma UK. Visit Glaucoma UK’s website for more information

Age-related Macular Degeneration (AMD) is a form of macular dystrophy. The macular, which is part of the retina at the back of the eye, contains millions of cone cells. These cone cells allow you to see fine detail for things like reading, writing and recognising colours.

When someone develops AMD, the cone cells become damaged and stop working as they should.

As the name suggests, this is most typically associated with ageing. Most prevalent in those over 65, it is the most common cause of sight loss in the developed world. In the UK more than 600,000 people are affected by the condition.

There are other forms of macular dystrophy that occur in children and younger people – like Stargardt’s Syndrome. While this affects vision in much the same way as AMD, it is far less common.

AMD does not cause complete loss of sight. It affects the central vision, which can become distorted or blurry.  Eventually a blank patch may appear.  This lack of central vision makes reading, recognising faces or watching television more difficult. Everyone can have slightly different symptoms, but typically the first thing people notice is greater difficulty seeing detail. Straight lines may start to look distorted, wavy or bumpy. They may also have increased sensitivity to bright light.

There is no treatment for dry AMD. But there is some evidence of certain vitamins and minerals helping to slow its progression. Treatment is available for wet AMD using medication which minimises further damage to sight.

Cataracts are a common eye condition in which the lens inside the eye gradually becomes less transparent with age. Over time, a cataract can become worse, making vision cloudier, but it is usually treatable with a straightforward operation.

There are a number of causes for cataracts, but age is by far the most common. Other recognised triggers can include diabetes, trauma, medications such as steroids, and eye surgeries for other conditions.

Developing cataracts slowly causes your sight to become cloudy and misty. They usually affect both eyes but can affect just one eye and then the other later.  At first, the changes they make to your sight may be difficult to notice, but as they worsen you’ll start to notice symptoms such as:

There’s nothing you can do to stop cataracts from developing or getting worse but they can be treated by surgery.  This removes the cloudy lens and replaces it with an artificial lens.

Diabetic Retinopathy is a complication of diabetes that damages the tiny blood vessels that deliver blood to the retinas. The condition can cause blindness if left undiagnosed and untreated. 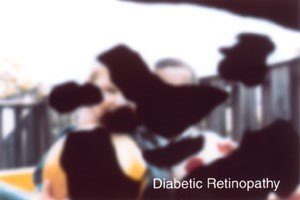 Diabetes can cause blood vessels to become blocked, leak or to grow incorrectly thus reducing overall blood supply to the retina.  The body tries to fix this by growing new blood vessels but unfortunately, these new vessels are weak, and bleed very easily, which affects vision.

Symptoms of diabetic retinopathy include the blurring of vision, ‘blind spots’ or ‘floaters’ appearing on certain parts of the retina.

Treatment for diabetic retinopathy is only necessary if there is an immediate threat to your vision. Unless the condition has reached a stage where sight loss is a risk, lifestyle changes recommended for those with diabetes can be effective in reversing the damage. However, more advanced cases of diabetic retinopathy can require laser treatment, injections or an operation to remove blood or scar tissue from the eye.

Hemianopia can be caused by brain trauma, the most common of which is related to stroke.  The extent of sight loss varies from person to person and depends on the area of the brain that has been affected by the stroke. Around two thirds of people who have a stroke experience some form of vision loss or difficulty in seeing, including Hemianopia.

Damage to the visual pathways connecting the brain and the eye causes the loss of one half of the visual field.

Treatment of Hemianopia tends to take the form of rehabilitation and training, to help make the most of the remaining vision, rather than surgery or medication. As the brain heals, and with treatment, some people will recover vision while others are left with permanent sight loss.

Keratoconus is a progressive eye condition where the normally dome-shaped cornea thins and begins to bulge into a cone-like shape. This distortion deflects light as it enters the eye on the way to the retina, which causes distorted vision.

In most cases, the exact cause of Keratoconus is unknown, but researchers have found a familial link so genetics are thought to be a factor. It is also more common in people with allergic diseases such as asthma, in Down’s syndrome, and in some disorders of connective tissue such as Marfan’s disease.

Early signs of keratoconus are usually blurred vision and frequent changes in lens prescription, or poor vision that cannot be corrected with glasses. Other symptoms include light sensitivity, a halo around lights (particularly at night), eye strain and headaches. Symptoms usually begin in late teenage years to early twenties, but can start at any time.

Keratoconus can be treated with glasses or contact lenses designed to correct the distorted vision caused by the bulging of the cornea. Advanced cases of keratoconus can require Corneal Transplant Surgery.

Birdshot chorioretinopathy is a rare, progressive inflammation of the iris, choroid and cilary body, which together make up a part of the eye known as the uvea. If left undiagnosed or untreated, the condition can cause blindness.

The exact cause of birdshot chorioretinopathy is not known, however it is believed to be an autoimmune disease. The majority of people diagnosed with birdshot carry an antigen called HLA- A29, which could mean they have an inherited immune dysregulation, however many people who carry the antigen never contract birdshot so researchers have yet to prove this theory.

The most common initial signs of birdshot are floaters and blurred vision caused by inflammatory cells in the jelly-like substance between the front and back of the eye. This is generally followed by gradual, painless loss of vision in one or both eyes.

There is no one definitive treatment for Birdshot, but high dose steroids are nearly always used initially to quell inflammation as quickly as possible. Because of the effects of long-term steroid use on the eye, patients who require ongoing treatment are likely to be switched to an immunosuppressant as soon as the inflammation is under control.

CBS is caused entirely by loss of sight. This loss can be due to any one of the eye diseases, cancer, accident, stroke, diabetes or another condition which damages the optic nerve. As sight diminishes or is lost completely, the messages from the retina in the eye to the visual cortex in the brain, slow or stop – but the brain does not. It fires up and creates its own images.

At times of stress, isolation or fever, episodes of CBS hallucinations can become more frequent.

Some medication – prescribed for other conditions – can produce visual hallucinations or increase CBS if this condition has already developed.

CBS is not a mental health condition.

CBS produces vivid, silent, visual hallucinations which range from disturbing to terrifying. For some people the hallucinations can be of swathes of colour, or patterns, words, grids, maps or musical notes – all of which appear to cover everywhere. Other images seen are more complex. These can be of animals, insects, reptiles, rodents, children, people (both real-size or tiny – often dressed in costume), buildings, vehicles, flora and fauna, or whole scenes.

The episodes of hallucinations can be frequent – sometimes 5 or 6 times a day – or occasional. An image an recur constantly or a different image can appear each time.

The CBS experience is different for each person.

There is very little treatment available which does not have unpleasant side effects and, therefore, is often not suitable for children or the elderly. Coping strategies are available on www.charlesbonnetsyndrome.uk 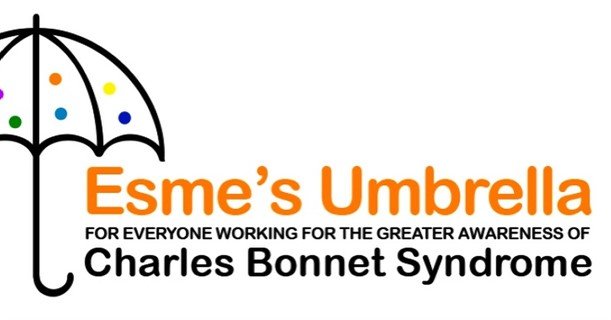