Don’t be afraid. Get involved

Bryan Naylor became a trustee with Age UK in 2011. Two years later he started losing his sight due to Macular Degeneration. He said: “As my eyesight deteriorated, my interests and concerns moved from just older people’s issues to older people with a vision impairment.  I recognised, through own experiences, the challenges this brings”.

He urges blind and partially sighted people: “Don’t be afraid. Get involved and become a trustee!  Your voice is important. Step forward and take the role”. 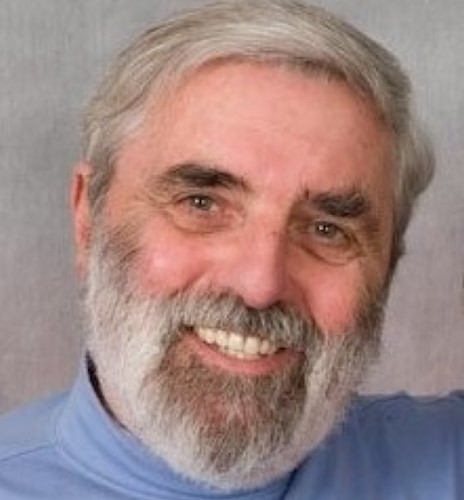 The only person registered blind on the board, Bryan is approaching the ninth anniversary of his appointment as an Age UK Trustee.  Bryan will be standing down this November and passing the baton on to a new trustee.

He said: “My added value to the board is to highlight the additional needs older people with a vision impairment may have and ensure whatever we did was in response to older people telling us that this is what they need.

“Some organisations feel the answer to all problems is to simply train older people to use the internet on the assumption that, with a few IT lessons, all problems would be solved. The solutions are more complex and frequently the needs of blind and partially sighted people are not necessarily understood by those who are helping.”

He explains how he became a trustee: “I didn’t actually set out to become a trustee. I was approached by the Chair of Age UK, who was aware of my work”.

Bryan was a naval officer and served until the 1970s after which time he joined the RN Reserves. His civilian career was firstly within personnel in the BBC before moving to be an industrial relations manager with British Shipbuilders. He later set up his own management training company before retiring at 60.

Twenty years ago Bryan became involved in Better Government for Older People.  The organisation, in his home borough of Hammersmith and Fulham in London, was set up to ensure the voice of older people was heard in the local community.  He took over chairmanship of the organisation and continued to run this until three years ago.  Funding for the organisation initially came from the local authority and later by Age UK when it was brought into the charity as part of its outreach work.

Bryan explains: “The organisation gave a voice to older people to local authorities and NHS, so that their views and needs were taken into account when designing services”.

Bryan now has very little central vision but some peripheral vision. He admits finding it difficult to recognise faces and crossing the road has become exciting. He has needed to adapt to a different world.

As his sight deteriorated Bryan became more engaged in the Macular Society as a volunteer speaker and running a peer group for the charity.  He said: “While I was in the forces I had to have an annual eyesight test, which was always perfect.  When I was told that I had Macular Degeneration – I thought it had to be wrong!  It shows this can happen to anyone and highlights the importance of regular checks.

Bryan, now 82, is following Charity Commission advice that trustees should serve a maximum term of nine years. “It’s time to hang up my boots as a trustee but I will continue to run the peer support group for the Macular Society for as long as I can and will maintain my speaking engagements to older people’s groups.

“I am proud to have campaigned for change around technology.  IT companies regularly released products that would need additional equipment or add-ons to make them accessible. This was particularly hard for older people who were often living on a limited budget. Now, as shown by Apple, accessibility options are being built into the product.

“My highlight as a trustee was appearing on national TV three times to promote the work of Age UK.  I like being in the centre of a group of older people, to hear first-hand what are their concerns rather than assumptions. I am constantly being educated”.

His final advice to people considering a trusteeship: “If you are going to represent the interests of any group – you need to spend most of your time listening!

“Be prepared to be surprised. But most of all – get involved!”

About the Macular Society

Every day, around 300 people are diagnosed with macular disease. It’s the biggest cause of sight loss in the UK. Macular disease is cruel and isolating. It steals your sight, your independence, and your ability to do the things you love.

It can affect people of any age – even children – but not enough is known about why, and there is still no cure. There is only one way to Beat Macular Disease for good. We must fund much more research now, until we find a cure, or find treatments that stop it in its tracks.

Together we can fund the research that will find the cure. Together we can make sure the next generation won’t have their sight, confidence, and love of life stolen from them by macular disease.