“Blind people have challenges everyday – this was just another one”. These are the words of Jesse Dufton, the first blind person to lead climb the iconic Old Man of Hoy. 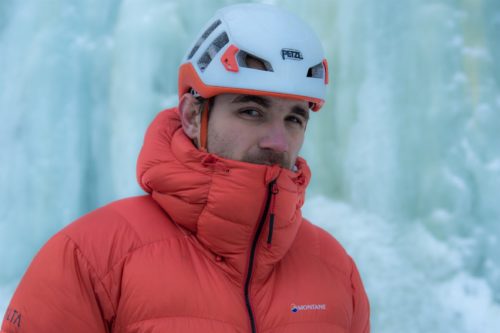 Imagine standing at the bottom of a 449 ft freestanding tower of rock in the middle of the Orkney archipelago off the north coast of Scotland. The sound of the sea crashing against the rocks fills your ears. The wind buffeting you. This is a moment you have been training for and building towards, you are about to start your ascent of the Old Man of Hoy.

You’ll be going first – leading the way up this impressive tower of rock, searching for hand and foot holds, solving complex problems and placing safety equipment in the rock as you go (to avoid you plummeting to your death if you should fall).

Now imagine doing all that without any sight! This gives you a glimpse into how staggering Jesse’s achievement was.

Jesse started climbing with his father at the tender age of two years old. By the age of 11 he was lead climbing. Despite being born with only 20% vision and having a degenerative eye condition called rod-cone dystrophy, none of this seemed unusual for Jesse “It was just something I did”. He attended the local state school, receiving some additional support within the mainstream system, including a notetaker in class, and enough enlarged A3 photocopies of classroom material to put a serious dent in the Amazon Rainforest.

After finishing his secondary education, Jesse studied Chemistry, Physics and Biology at college. He then went on to secure a degree in Chemistry and then a PhD in Computational Chemistry. Despite his achievements at university, Jesse believes that he did not receive enough educational support for his disability, which is an all too common occurrence, even today.

Like all graduates leaving full-time education, securing employment can be a challenging prospect. This is especially true if you have a disability. However, Jesse had a clear idea of the type of career he wanted. He was interested in the field of Intellectual Property, and after seeking out guidance from a qualified Patent Attorney, he had a clear plan for how he should proceed.

Education and training are important parts of any employment journey, and this can be seen clearly in Jesse’s story. To pursue the career he wanted he put in the hard work to gain additional qualifications in his chosen field. It is this that Jesse believes got him to where he is now, and why his current and past employers did not see his disability as a barrier.

I had the CV to back me up. My skills and qualifications were more than enough to offset any detriment my lack of sight brought to my career prospects”.

Jesse now works as a Patent Engineer for Intelligent Energy, having joined its graduate scheme in 2013. This supportive employer has put in place a number of assistive technologies and practices that enable Jesse to carry out his role.

In most cases providing the right support is a matter of making small changes or additions to working practices.

For example, before meetings Jesse is provided with the documents and materials that will be displayed on the projector/screen.

Assistive technology also plays a vital role in enabling a blind or partially sighted person to carry out their work. In Jesse’s case, the use of Narrator (a free screen reader, available as part of Microsoft Windows), and Zoomtext (a screen magnification software) make all the difference. In addition to his Windows laptop, he also uses an Android tablet with its built-in screen reader, TalkBack. 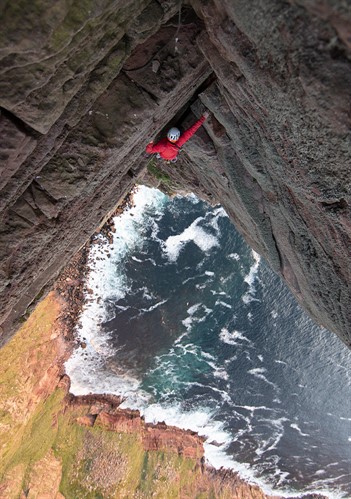 You may be wondering how Jesse, with almost no sight now, is able to scale climbing walls and large rockfaces. Like the workplace – it takes a few adjustments. Jesse climbs with the assistance of his wife and climbing partner, Molly. When he climbs, Molly shouts up to him where the hand and foot holds are, and possible sequences of movement to progress up the wall. In effect, she becomes his eyes.

Jesse’s talent, mental and physical strength, agility, plus years of climbing experience make for a winning combination – just like how his assistive technology together with his education, training, and skills are the recipe for success in his work life.

Jesse starred in ‘Climbing Blind’- a documentary film that shows his epic ascent of the Old Man of Hoy. Directed and produced by filmmaker Alastair Lee and premiered at the Brit Rock Film Festival in late 2019, the movie scooped the prestigious Grand Prize at the Kendal Mountain Festival.

So, we are back to the beginning of the story, standing at the base of that imposing sea stack in the Orkneys. How did Jesse do it?  Like his progression through education and employment, it’s about preparation, training, overcoming challenges and keeping that positive mental outlook.

Jesse said: “We all have challenges, but it’s how you approach them that counts”.

When asked what advice he would give to blind and partially sighted people looking to get on or progress their careers, he said: “Have a clear idea of what you want to do and get qualified in that field. My PhD was directly applicable to the job I would be doing – this put me ahead of competing candidates.  Also, get advice and career guidance from experienced people.”

So whether you are attempting to scale a 400+ ft tower of rock (or not), Jesse’s story proves that with the right outlook, determination and a willingness to learn and develop skills, together with the right support, blind and partially sighted people can achieve incredible things. 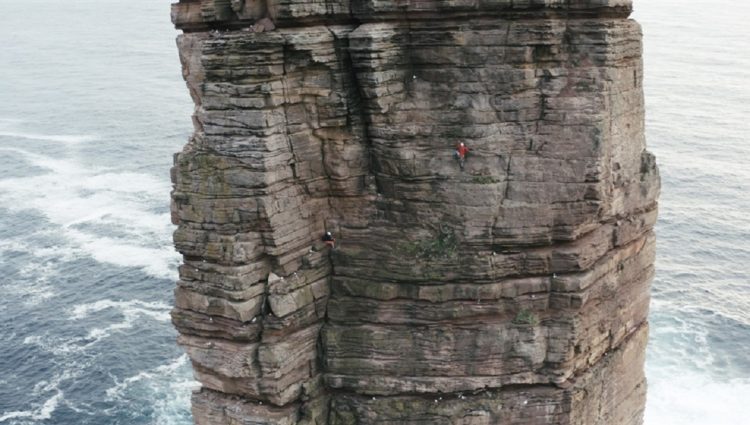 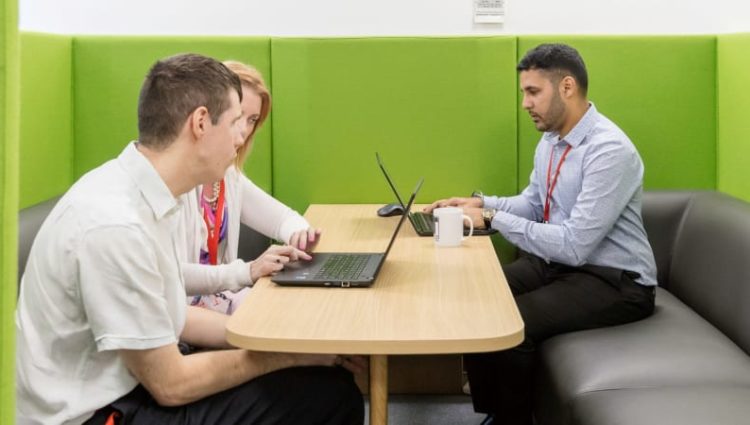 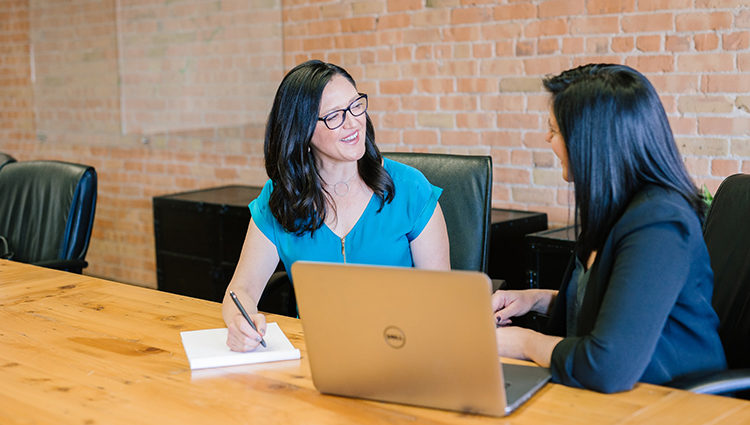 Employment storiesRead about the jobs blind and partially sighted people perform in the workplace and the small adjustments their employers put in place to enable them to succeed. Read more
Back to top
Share this page